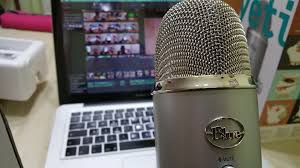 Here at PoliticalVoiceTalent.com, we’ve seen all kinds of political advertisements. Negative. Positive. Factual. Non-factual. Effective. Un-effective. We believe first and foremost that the voice of the commercial is most important: Is it relatable? Local? Trustworthy? Our professional political voice over actors provide the voice for political ads on a national, state, or local basis.

We know what goes into the best political ads. Here are the key elements to a successful political commercial, and to choosing a voice for your radio or TV ad campaign.

Political campaigns want to stir up emotion to compel you to vote – and to vote for their candidate. Political ads can be designed to make you happy about your current situation, or angry, or feel safe (or unsafe) or elicit approval (or disapproval) of the candidate.

On the other hand negative emotions (especially fear) can be used to compel a voter to vote for a candidate – often an insurgent. Playing on fears – of insecurity, whether financial, governmental, or familial – can be an effective way to get attention. Fear and other negative emotions can backfire, though, and create the type of anxiety that might case voters to want to stay at home on Election Day.

Our expert voice-over actors know how to create urgency and expertise, and we can help find the right political voice for your particular campaign.

You know the old saw… No one trusts politicians. And that remains a reality in the Unites States’ electoral system today, though sometimes it seems people do trust politicians: they trust the incumbent to serve their interests, or they trust an insurgent to provide the representation they’ve been lacking.

Building trust means not relying just on the words of the candidate, but on their record (or that of their opponent). Using reliable, reputable third-party source to back claims made in your ads is a great way to build trust and persuade voters to align themselves with your candidate

Frequently, celebrities are used to endorse politicians and to attract some voters. Finding a leading celebrity to espouse a cause may be prohibitively expensive, though, unless the celebrity is willing to provide their name, image or voice free of charge. Equally as frequent are celebrity actors in ads whose credibility on the campaign or issues is in doubt.

A professional political voice actor with experience in political ads of all kinds – negative, positive, dramatic or fact-based – can provide the vocal trustworthiness you need to create a compelling political ad.

Political ads frequently make claims about the state of government or society, or the actions of their opponents. But voters rarely fact-check; they are inclined to align with the candidate who is most persuasive or who appeals most to them emotionally. The claims their candidates make are rarely questioned by supporters.

We’ve even seen recent campaigns where what candidates and their supporters have “chosen to believe” in a position or viewpoint, or firmly adhere to what they “believe to be true”, and those views or beliefs may not be rooted in facts at all.

Because voters rarely fact-check, claims are frequently accepted at face value. While political wonks and journalists may use Factchecker.com or Snopes, making effective claims has little to do with facts or truth. Rather, the claim must be sold effectively.  Effective political ads’ voices make candidates’ claims on their behalf, using a voice that might be recognizable, trusted, or persuasive based on the actor’s range, style, and techniques.

How a political ad uses imagery or sound uncovers stylistic choices that the ad creators made while scripting and editing the advertisement. This is true also of the political voice over, where the vocal style should complement the content and creative approach to the ad.

The commercial’s soundtrack might include the voice-over, sound effects, music, speech snippets from candidates, and other background noise. None of the techniques used in creating political ad recordings is accidental or random; each image or sound in an ad contributes to the overall desired effect, just as in cinematic or musical productions.

PoliticalVoiceTalent.com can help identify the right political voice, as well as help with techniques to create a compelling and unforgettable political ad style – one that engages voters, and gets them out to vote for your candidate.